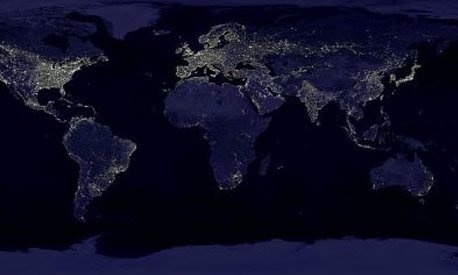 Many ecologists are disheartened by what is being called the Anthropocene Age, characterized by humans’ capricious manipulation of the environment. The result is the loss of thousands of species; dangerous declines in genetic diversity; increasing ratios of greenhouse gases in the atmosphere, warming our world; and the initiation of a devastating rise in sea levels. Meanwhile, economists decry income inequality caused by our present mode of global corporate capitalism while predicting the elimination of millions of jobs through the automation of factory production. Others theorize the potential for economic disruption in the form of a post-capitalist economy. Urban planners decry current levels of poverty and the lack of quality, affordable housing, while demographers predict that the current world population could double by 2100 and that migration could skyrocket from rural areas to mega metropolises unable to provide for newcomers. Regrettably, most of heavily populated cities are near coasts, in areas most threatened by rising sea levels. Clearly, some of the policies of the past 200 years exacerbated problems to the point that they will lead to outright catastrophes.

At the same time, many politicians seem more concerned with ideology or raising money than with solving problems, and too many policy-makers are locked into old stratagems—many of which are post-colonial, racist, and sexist. Attempting to break out of this deadlock, some researchers and theorists are proposing digital system analytics; others look to foment a socialist revolt of the growing, but until now disparate, groups of urban poor and disenfranchised people. Neither of these paths, however, will solve underlying problems and provide for the quality of life we would like everyone to have.

It is time to reconsider our situation. Jared Diamond writes, in Collapse: How Societies Choose to Fail or Succeed, that the success or failure of historical societies was defined not by environmental and cultural challenges but rather by the societies’ responses to these challenges. The tragic contrast between the collapse of Haiti and the success of the Dominican Republic on their shared island of Hispaniola offers a dramatic example of his thesis. Overpopulation, tremendous economic and power inequalities, democratic failures, and environmental mismanagement led to Haiti’s downward path. Yet with very similar initial conditions, the Dominican Republic has been able to prosper. The first issue that must be addressed is preventing collapses in the short run; the second is to promote environmental and economic sustainability in the long run.

Diamond goes on to show that the leading causes of societal collapse from environmental impacts have been the long-term loss of arable land, lower crop yields due to rapid climate change, and a too-quick rise in population. These issues are fairly well known, even if they are not accepted by some political elites who are less scientifically attuned. However, citizens living in urban areas tend to be more aware of environmental problems and are more open to implementing solutions than are political elites. Therefore, achieving sustainable urban policies (as opposed to national policies) is more likely attainable, at least in the near term. A set of urban policy strategies, as proposed here, can provide the basis for individual urban areas to create region-wide, integrated models that can be applied to national and global contexts.

In our pursuit to improve living conditions worldwide, should we risk environmental collapse, or should we accept a sustainable world that is forever separated into haves and have-nots? The answer hinges on how much we value consumer goods, considered an essential element in the Western notion of “standard of living.” The other attributes important to quality of life—such as freedom, health, family, friends, education, and a satisfying work and cultural life—are conceivably attainable without risking environmental collapse.

A grand strategy is necessary to achieve the goal of a sustainable urban world with a high quality of life for all citizens. Combining and integrating critical theory, critical urban theory, and engaged theory provides the overall principles for a “Critically Engaged Urban Theory.” It can be outlined as follows: Increasing the availability of the components of “quality of life” improves the human condition, maximizing personal freedom and assisting individual engagement in the pursuit of happiness. We must free the objective of attaining high income and wealth from our pursuit of a high global quality of life, recognize that creative destruction will likely be necessary to achieve positive change in urban spaces, and expand the concept of sustainability to include our ethical relationship to both the global population and the earth’s ecology.

The first step is to steer society away from potential collapse, and the second will be to develop a sustainable relationship with our ecosystems while improving living conditions for all. The next four articles in this series will cover economic, ecological, political, and cultural issues, providing insights into challenges we must confront and strategies we can use to overcome them.