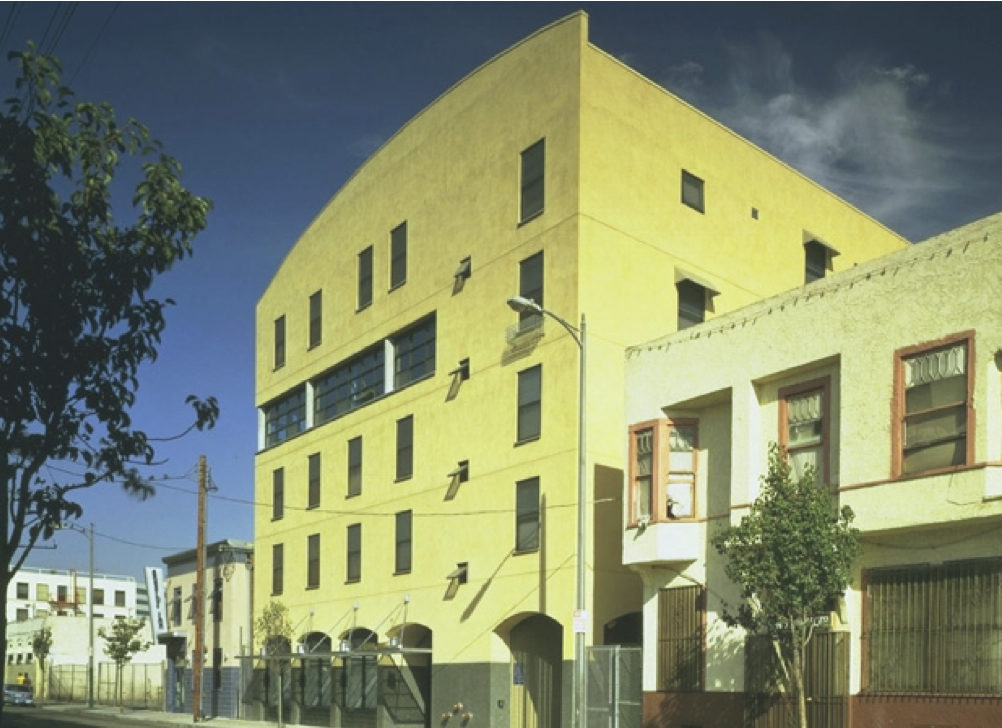 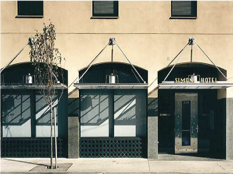 By 1990 one half of the 20,000 Single Room Housing (SRO) units had been demolished or otherwise taken out of the housing stock in Los Angeles since the last of these were built in the 1930’s, the restriction being due to the passage of LA’s zoning regulations.  These regulations made new SRO construction uneconomic, in part due to unrealistic parking requirements for the very low income tenants that inhabited them. This resulted in many potential tenants being forced onto the streets. Glenn Erikson purchased this vacant site on Skid Row with an uneconomic medium density residential zoning in place, and then applied for a 300% density bonus from the state, the largest ever recorded to that time in California.  Dr. Erikson also obtained the zone variances from code sections that had legally prevented such developments for the 60 previous years the Zoning Code had been in effect, the most important of which was the parking requirement. 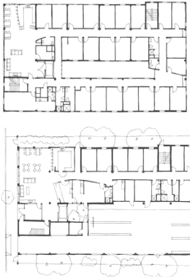 This was reduced from over 100 stalls down to 7. Taken together these factors allowed for the financial feasibility for the Simone Hotel, and provided a blueprint for the coming generation of thousands of SRO housing units that have been built in Los Angeles. Erikson then co-designed plans and elevations in conjunction with Koning Eizenberg Architecture, which included communal kitchens, community spaces, rooms for counseling services and an interior light well to cool the building through thermal currents and cross ventilation. However, the low income housing tax credit financing then available in California was only feasible when applied for by Non-Profits, and so Dr. Erikson sold the project to the San Julian Partners and the Skid Row Housing Trust in 1992, with whom he had been working closely with up to that time.   After Erikson transfered the project, Koning Eizenberg continued as Architect, with the Skid Row Housing Trust as developer. This project then received the 1994 National AIA Honor Award.