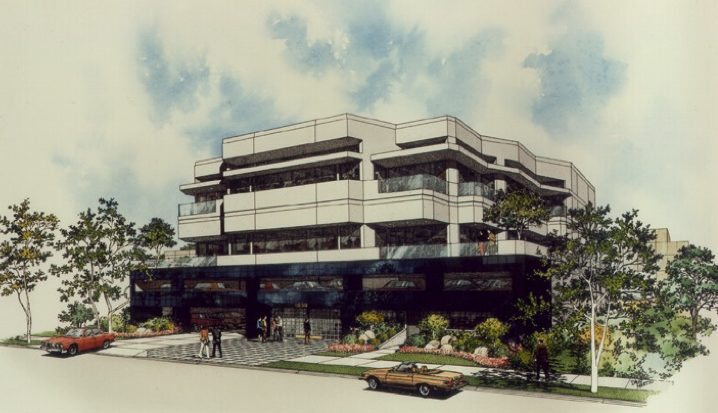 History. Alan Goodman started Los Angeles Land Company in 1984 and Glenn Erikson joined the firm as Partner during the bidding and permitting of its first project, Exposition Plaza. He soon became Executive Vice President and was a General Partner in all thirteen of its following projects during his tenure. Erikson was Architect-of-Record for the firm and led a group of up to 10 architects and architectural staff. He was also the principal Broker for the firm and led the marketing and finance teams, and also held the firm’s constractor’s license, leading the Construction Division. Los Angeles Land Company’s successful development strategy was to first place prime retail sites under a one year purchase contract.  Then during that time period we designed the project, obtained building permits and bid out our construction documents while also obtaining sufficient pre-leasing in order to obtain 100% construction financing from prime lenders such as First Interstate Bank, backed by guaranteed take-out financing from credit worthy permanent lenders such as Barclay’s Bank.  Every purchase contract LA Land entered into was funded and closed.