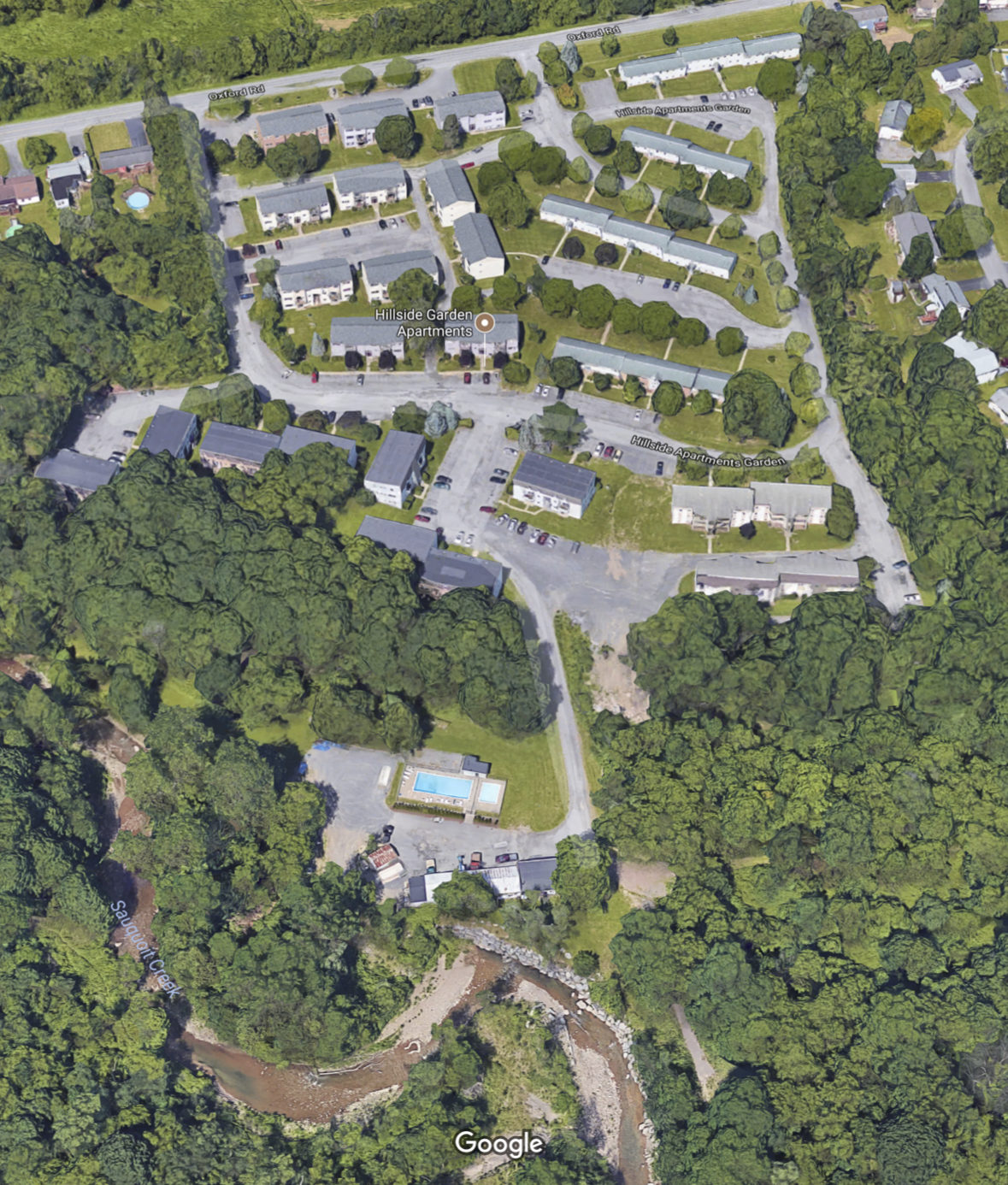 Hillside Garden Apartments is located in New Hartford, New York, midway between Syracuse and Albany.  It consists of 34 one to three story garden apartment buildings, comprised of 4 to 7 units each, which are generally of wood and brick construction and set on 23 acres. There are 41 one-bedroom units, 104 two-bedroom units, and 48 three-bedroom units. The buildings of Hillside Garden Apartments were developed in the 1960’s, 70’s, and 80’s.  The complex was purchased with substantial deferred maintenance, and over 80% of the apartments have been reconditioned, 50% of the buildings have been  re-roofed, 35% of the exteriors have been re-done, and parking area has been increased 10% since the complex’s purchase in 2007.  Due to both extensive property reconditioning and a motivated management staff, the complex has been consistently 97-99% leased for the past four years, almost entirely with 1-year leases.  Glenn Erikson has owned and managed the complex for the past ten years.