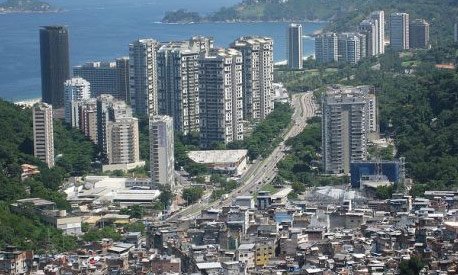 Jared Diamond’s Collapse and Joseph Tainter’s The Collapse of Complex Societies teach us that autocratic governments which protect the vested interests of the wealthy and powerful are the most likely to suffer collapse. They are not willing to spend the core group resources to fund necessary responses and adjustments to larger societal problems—and to do so before it is too late.

The governments most likely to respond to these challenges are democratic, transparent, and willing to share power between the various interest groups that comprise their administrations. Our urban governments are confronting many challenges, but the most prominent include the following:

Urban Regime Theory. Individual stakeholders (i.e., business groups, unions, non-profits, charities, foundations, etc.) in urban governments may be over-represented in influencing who is taxed, who receives government services, and to whom contracts are awarded. They may also impact general planning and zoning, infrastructure and implementation, the terms of urban economic growth, the integration of mega projects, and other aspects of urban project planning. Stakeholders who are not part of the power structure are unlikely to have their needs met through such an arrangement. These structures and relationships need to be refashioned in order to better provide for economic and environmental sustainability and an enhanced quality of life for all members of urban society. There are several steps that can be taken to address this issue, including redistricting that enhances citizen representation instead of concentrating power, encouraging and maximizing voter participation, and taking the money out of politics.

Tax policies vs. regulations. Infringing upon individual freedoms in order to achieve societal sustainability goals will only create short-term opposition to needed reforms. This can be overcome by the use of incentivizing tax policies targeted toward those environmental actions that are curable. Urban areas should encourage their national governments to pursue solutions that include progressive taxes on income and estates (taxing excessive CEO pay relative to workers), tax incentives to encourage upward mobility, and the elimination of taxes on necessities and incomes at or below some standard, such as minimum or livable wages.

Urban ethics. Though our post-colonial world was founded on simultaneously on both a history of discrimination and exploitation and a love of individual freedom and democracy, we need to create a space that allows for diversity, fairness, justice, and sustainability. We have one planet, and we are an integral part of its ecology. We must honor our need to pursue individual happiness—but only where it does not conflict with another’s rights. Our laws must reflect these rights and obligations.

Alignment of political government with urban economy. Urban areas have seen tremendous growth over the past 300 years, in most cases well beyond their historic jurisdictions. As a result, larger jurisdictions (state, provincial, or national), which may reflect interest groups with priorities contrary to the sustainable health of our cities, make many of the decisions. Therefore, urban areas should either foster realignment of their jurisdictional boundaries or create new multi-jurisdictional planning agencies to both better align urban government budgetary needs with voting interests and to efficiently administer large infrastructure projects (e.g., water and mass transit systems) through single agency authorities.

Voter participation. Voter participation has decreased in a number of countries, possibly in association with global corporations increasing their involvement in national and regional elections and decreasing participatory democracy. There are exceptions, for example, in more than a dozen countries with electronic voting, where voter participation has increased in some cases to over 60 percent. Other regions have used mailings that publish individual’s past voting history (but not the candidates voted on) to increase voting rates by 5-10 percent. And yet other countries, like Argentina and Brazil, have instituted compulsory voting, where staying home means paying a hefty fine. Notably, Argentina averages 80 percent voter turnout, and Brazil boasts averages from 78 to 95 percent.

Class consciousness and spatial segregation. Racism, sexism, colonialism, and ethnic, religious, or political particularism are historical characteristics of many of today’s societies. They are intertwined with the oppression of minority groups and individuals and have been institutionalized in various urban policies. These are seen in patronage, restrictive laws and regulations, and other protective measures directed toward those in power.

In this regard, planning and zoning have greatly assisted in the process of spatial segregation of the races, ethnicities, religions, and of poverty and wealth in our urban areas. Exclusionary zoning began with the first zoning codes in New York City and continued as zoning spread throughout the U.S. and then globally. Low-income housing was spatially segregated from affluent housing, job centers, high-performing schools, and well-resourced hospitals—and this segregation continues even today.

Dispersing new low-income housing and existing low-income residents throughout the city and placing better medical, education, and health care centers in low-income areas will help to minimize spatial segregation over time. Strong revitalization programs, together with tailored education, economic assistance to oppressed communities, and heightened enforcement of anti-discrimination and anti-racial steering laws illustrate some of the ways that individual aspects of segregation can be overcome.

Classism. While the elimination of socio-economic classes in society is unlikely to occur in our lifetimes, providing all of society’s members the opportunity to move from one class to another is achievable. Unfortunately, classes that hold power create barriers so that their group(s) will maintain power to the exclusion of others. Administrators and policymakers in a democracy must resist the creation and maintenance of such barriers. For example, children from poor households attain higher education and income levels when raised in mixed income, wealthier neighborhoods, yet low-income housing is invariably situated in low-income neighborhoods and spending on education is substantially higher in high-income neighborhoods.

Slums, favelas, barrios, ghettos. Slums are forming with great speed in the less-developed and newly industrialized world due to a rapidly increasing urban population and a growing displacement of rural populations. These informal settlements have little or no public services, often creating extreme conditions for their inhabitants. While a number of urban investment and revitalization programs have begun, these growth-induced needs are outstripping the programs. Sanitation, health care, public commons, education, jobs, public safety, and all other accouterments of urban life are drastically needed.

Homelessness. While the number of homeless in the U.S. has remained relatively stable in recent years at about 650,000, it has grown to approximately 100 million worldwide.  Though there are wide ranges of problems leading to homelessness, in the U.S. the homeless population contains a high proportion of veterans, mentally unstable individuals, and those who suffer from drug and alcohol addiction. In contrast, in the developing world, causes have more to do with the movement of people to avoid war and famine. Regardless, each city has a responsibility to provide housing and health care to the indigent and determine the more pronounced causes and potential solutions in their respective regions.

Refugees. The rise in economic displacement, social unrest, and terrorism around the globe has inflamed a refugee crisis, which has arisen while many cities are still reeling from the 2008 financial crisis and in countries exhibiting a rise in populism. This has lead to two reactions: an anti-immigrant backlash and a simultaneous rise in the Sanctuary City movement. The cities that have been most successful in dealing with this crisis have deployed their service agencies, churches, and NGOs to work closely with the refugees. These organizations assist refugees with housing, language training, and job placement.

IMF and World Bank loan conditions. Both institutions, co-creators of our current global capitalist economy, have placed austerity conditions on loans to under-developed countries that have greatly curtailed their ability to provide health, education, and social services to their citizens, while at the same time granting projects to global firms located and paying taxes in developed world countries. Urban areas need to more forcefully resist these restrictions, “claw back” what they can from these lenders, and negotiate with their national governments to modify national taxing and spending agendas in order to re-establish more appropriate spending levels.

Freedom and security. Concerns about crime and terrorism have led to measures intended to increase public security, such as mass surveillance on the internet and camera surveillance of public urban spaces. These measures carry significant burdens regarding individual freedoms. The loss of privacy and potential for the sharing of this information reduces individual freedom and creates an environment that erodes public dialogue and creative expression and can eventually break down societal norms. Significant controls need to be put in place to ensure that individual freedoms and public speech are not compromised in our search for enhanced public safety.

In short, democracies that share power among their various interest groups and promote transparency and ethical behavior offer their societies the best paths to resolve the complex economic and environmental challenges that are bound to arise.