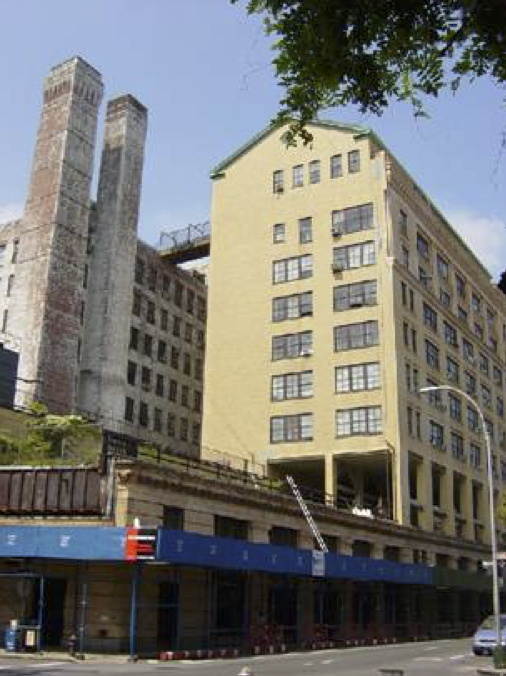 Westbeth Center for the Arts

The original Westbeth conversion from Bell Laboratory’s use (1868-1966) to Artist Housing  (opening in 1970) was one of the first such adaptive reuses in the country, and remains the largest.   In so doing, it provides an extraordinary example of how we can work to solve the acute need for affordable housing and studios for artists and their families.

Located in Manhattan’s West Village, Westbeth is a complex of 13 buildings which were formerly the site of Bell Labs research center, from which the first talking movie, the condenser microphone, the first TV broadcast, and the first binary computer were created.

The innovative HUD financing was arranged by Joan Davidson of the Kaplan Foundation and Roger Stevens of the National Endowment for the Arts.  Richard Meier was the renovation architect,  and the developer was Dixon Bain.

Westbeth was added to the National Registry of Historic Places in 2009, and subsequently the NYC Landmarks Preservation Commission designated Westbeth an NYC landmark.

Westbeth is owned by the not-for-profit Westbeth Housing Development Fund Corporation.  It is administered by the Westbeth Board of Directors. Glenn Erikson, whose father, Erik G. Erikson, had been a Managing Electrical Engineer at Bell Labs, is a member and until recently lead the Real Estate Committee.  Currently, Westbeth is in the midst of a $50,000,000 Build-It-Back renovation project sponsored by the City of New York and has recently

Westbeth over the years has been home to a number of major arts and cultural organizations including the Merce Cunningham Dance Compan, The Martha Graham Center of Contemporary Dance and the New School for Drama.