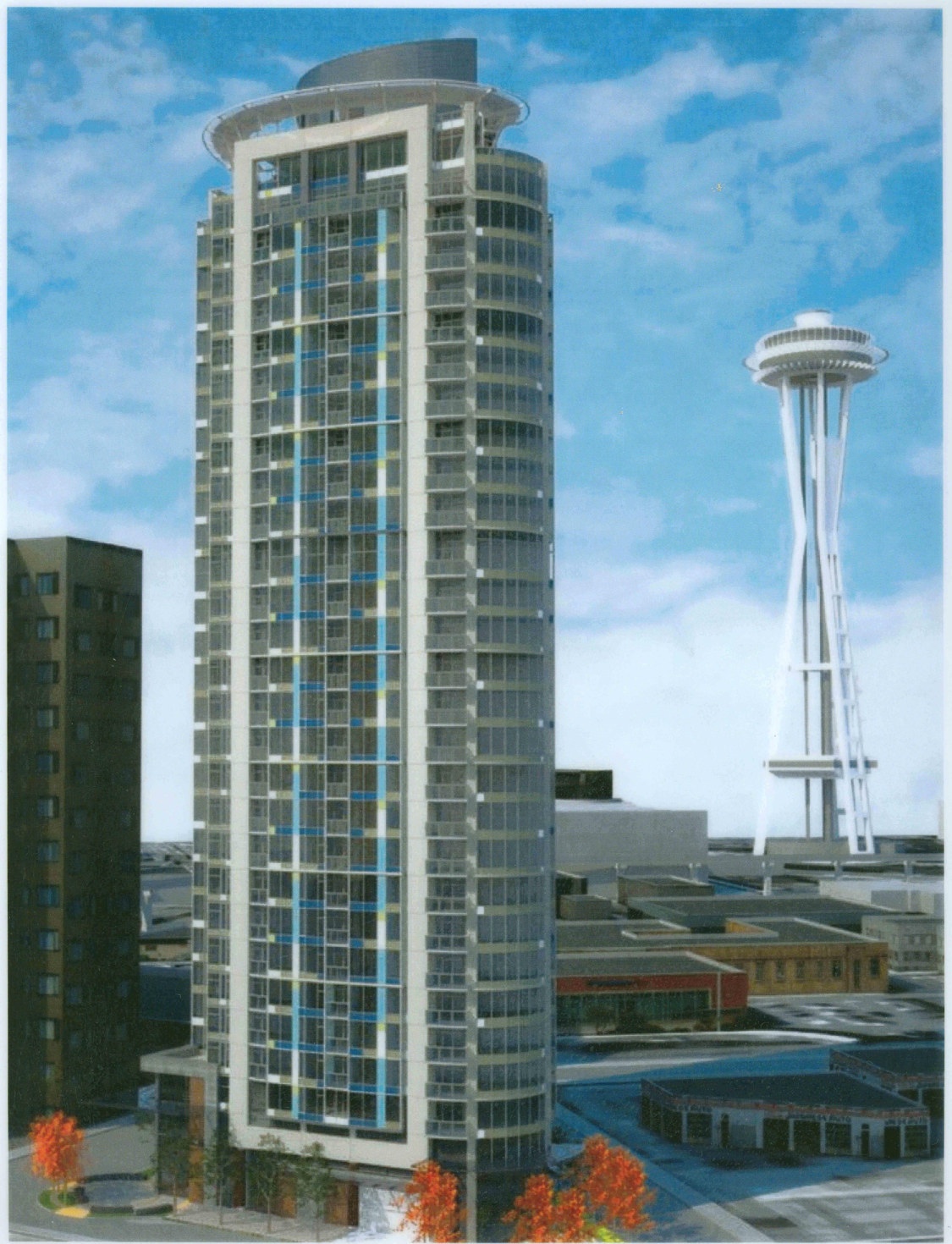 The triangular site for Icon Tower at 6th, Wall Street and Denny Way was initially purchased by Laconia Development in early 2005.  Time Equities came in as the majority interest joint venture partner in 2007, with Laconia continuing to manage the day to day operations of the proposed development, and Weber + Thompson Architects serving as project architects. Initially designed as a 326 foot high residential tower containing 283 units, with ground level retail and office space on the 2nd and 3rd floors, and 7 levels of below ground parking as well as 4 above ground for a total of 275 vehicles.

The project’s location is immediately between the entertainment focused neighborhood of Belltown to the west and Amazon’s new headquarters to the east, both in easy walking distance. The Seattle Center Monorail and the East Lake neighborhood are also located nearby.

As high rise towers are largely about the view, the rather small and triangular shape of the building bounded by streets on all sides not only allows more air and light to penetrate, but also allows dynamic changes to the building’s profile as one moves around it.  Spectacular views of the Space Needle, Elliott Bay (Puget Sound), and Mt. Rainier  begin on relatively low floors.

A diverse mix of units is designed to accommodate a range of buyers. Units are designed to both for dynamic space utilization and to capitalize on the building’s high perimeter glazing to square footage ratio, resulting in efficient, light and airy residences with incomparable views.

While the project was stalled due to the 2009 recession, project development work resumed in 2013, and the project expanded to a 40 story, 400 unit high rise.  Upon receiving approvals the property was sold to China Vanke in 2015. It is now under construction.  Tower features include:

As Project Director of Acquisition and Development for TEI (the managing member of the development entity), Glenn Erikson, PhD, AIA managed the asset through its development process while Laconia conducted day to day management.